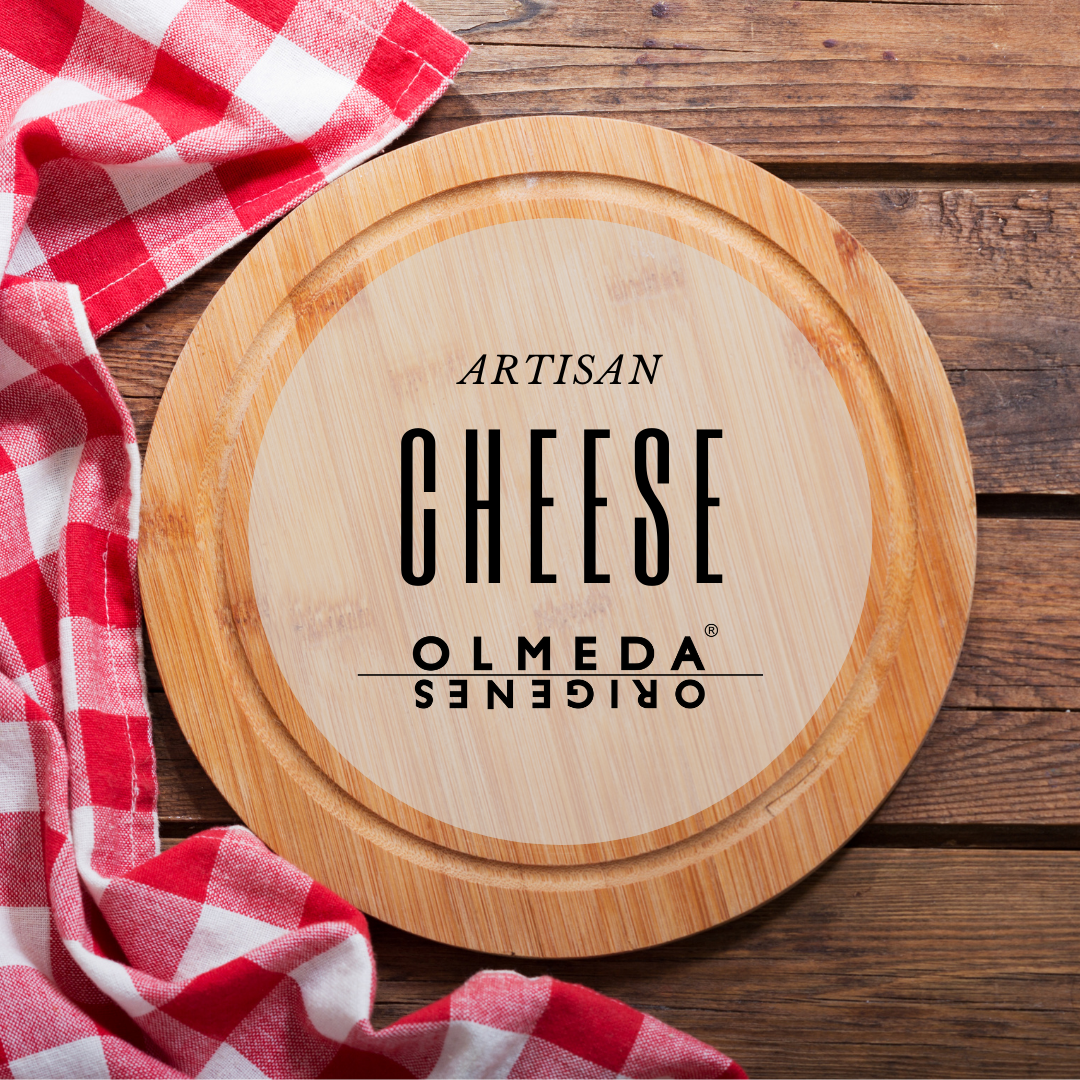 18 May Spanish cheeses: what are the tastiest artisan cheeses of our land?

Have you ever wondered why artisan cheeses taste better than industrial cheeses? In this article, we will highlight the characteristics of traditional artisan cheeses and introduce you to the various types of cheeses from our homeland.

What is Artisan cheese ?

An artisan cheese is primarily made by artisan cheesemakers hands, in small batches, incorporating many of the traditional techniques of the art of cheesemaking.

Some of you may think “what is an artisan cheesemaker ?”

An artisan cheesemaker pays close attention to the history of making cheese. The focus is on producing the highest quality cheese based on the more traditional practices of the craft.

Artisanal cheese refers to handmade cheeses made according to the traditional knowledge of qualified cheese makers. As a result, the cheeses are often more sophisticated in terms of taste and variety. Many are matured and ripened to achieve a certain visual quality.

Artisanal cheese production is directed by a master cheesemaker who supervises the entire cheese-making process, particularly the selection of unpasteurized milk. More attention is paid to the process of producing the cheese and as a result the quality is greater because it is more authentic and artisanal. The process itself can be quite slow as they take the time to care for the cheese and allow it to mature naturally. On the other side, mass-produced cheese is made from pasteurized milk. Indeed, milk comes from various sources and, to avoid sanitary problems, it must be pasteurized. This also allows manufacturers to maintain control over the quality and taste of the cheese so that it is consistently the best.

But how can we distinguish a good artisan cheese from manufactured cheese?

The taste of a cheese also indicates many characteristics. For example, artisanal cheeses made from raw milk tend to have a more pronounced taste and can often be referred to as slightly spicy. This is a result of the quality of the raw milk. On the other hand, many processed cheeses can be characterized as having a sweet taste that can easily appeal to a larger number of people, while artisanal cheese requires a more delicate palate.

We can differentiate these two types of cheeses by their appearance. Factory-made cheeses have a more attractive appearance because of their pale color, they look more appealing due to the fact that they have the same tone of white overall. As opposed to artisanal cheeses that retain their crust, they generally have a more textured appearance and a tarnished yellowish color. They may also have ” imperfections ” such as bluish mold, resulting from the curing process.

Olmeda Orígenes maintains the heritage and the essence of what is “artisan” and we present a selection of the best cheeses from the most symbolic regions.

Three nutritive milks fuse together to create this delicious three milk cheese. Our flavorsome cheese is elaborated from the freshest cow, sheep and goat milk, all of them well balanced so as to get the best taste and texture.

Of intense flavor, our blue cheese is rich in vitamins and calcium and will definitely play the main role in any table.

This cheese is famous for its powerful taste that leaves no one indifferent, resulting in it being left to ripen for two months. It is a firm and oily cheese with veins of blue mold, and a characteristic intense long-lasting flavor, with a hot and salty aftertaste

It is made from raw cow milk, raised and fed in the green pastures of the Pyrenees. It presents an incomparable white color, both in the inside and in the outside. It counts on a natural rind of mold. On the inside, it has a creamy texture and is perfectly spreadable once it is tempered. It melts in the mouth and has a buttery flavor, with very little salt.

This cheese is the result of an aging process that takes place in the natural caves of the Picos de Europa at 1050m of altitude, making this cheese a spectacular and unique piece of our Spanish gastronomy.

This peculiar Asturian cheese is made from cow and goat raw milk. Its surface is uniform and soft, similar to its interior. It has a green-blue color with creamy texture and a strong, penetrating aroma. Ideal for those who appreciate a good intense cheese.

Left to age for three months in natural caves in Asturias, this cheese is a unique piece of our gastronomy. This blue cheese, together with Cabrales cheese, is one of the most traditional cheeses of the Picos de Europa Mountains, with Denomination of Origin

This spectacular cheese is made with raw milk from the “Menorquina” cows, a breed of autochthonous cattle from Menorca. It has a yellow ivory color with a yellow ochre rind. It is firm in texture, and its slightly milky flavor reminds us of toasted nut nuances. For your convenience, we offer this traditional cheese in semi-cured and cured format for a long aftertaste.

The most famous Spanish cheese in the world: Manchego cheese. Olmeda Orígenes offers to you and your guests this remarkable cheese with Denomination of Origin, elaborated in our dairy in Madridejos (Toledo) with all the dedication of their people. The cheeses are manually molded and left to age between 4 and 5 months for semi-cured cheese and 6 to 8 for cured cheese.

This is a gastronomic peculiarity unique to the Canary Islands: you will not easily find something that can equate this cheese’s amazing flavor and aroma! What makes this cheese a special piece is that it is all covered in sweet paprika, which creates a non-edible crust and provides the cheese a particular unique flavor.

This cheese is the definition of creaminess, perfect for dipping with some picos for a nutritive, healthy afternoon snack. Honoring traditional values, this creamy cheese is crafted in the Serena region (Badajoz) from the freshest merino sheep’s milk in the private farms of this beautiful region.

Our San Simón Da Costa Cheese totally follows an artisanal process: from the cows grazing in natural pastures to the smoking process with birch wood, this cheese is the result of a longtime tradition of Galician cheese makers. Due to the traditional elaboration of this cheese, only 20 pieces are produced per day.

Iconic cheese due to its conical shape, this “Tetilla” cheese with DOP is made from milk coming from Galician cows such as the “Rubia Gallega”.

It has a wholesome mild flavor with a slightly acidic touch and creamy texture. To cut it correctly we will use a knife to cut the cheese in half and then into wedges. The rind is then removed and cut into triangular pieces.