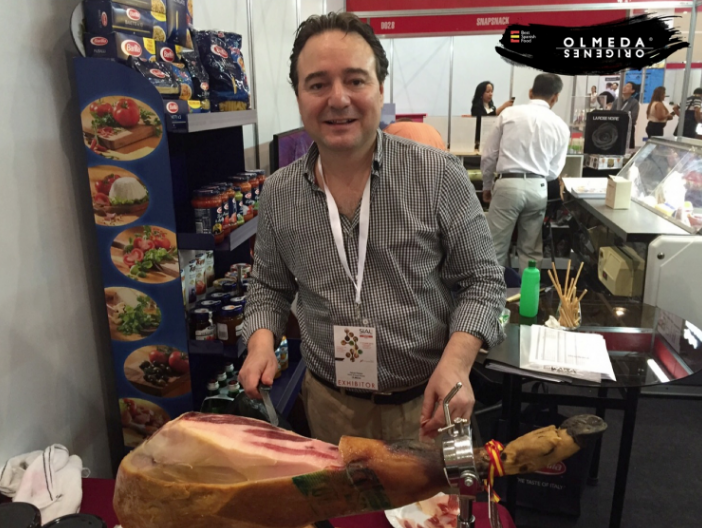 In the year 1992 I began to export Spanish products throughout the world, not without a certain complex before the strength of other countries’ gastronomy. Finding a decent Spanish restaurant in the world was an impossible mission and the international importers didn’t quite trust our food. Italy and France hoarded the international admiration while new proposals from Asia, and especially Japan, entered the world of restoration.

Today Hong Kong, Singapore, Manila, Dubai, New York, Mexico, Panama and a long list of cities in the entire world have been filled with Spanish restaurants because of the tragic economic crisis in Spain, among other reasons, which has turned us into spontaneous entrepreneurs and has forced us to emigrate doing what we do best, cooking.

We can’t omit the magnificent job of the great Spanish culinary figures who have positioned our country as one of the world gastronomic powers and have paved the way for us. But without a doubt it’s been the hard work and humility of the hundreds of Spanish cooks, their professionalism, and their respect for the origin and raw material of our products what has brought about the miracle of making Spanish food the leading gastronomy in the world.

Furthermore, Spanish chefs are requested by restaurants and hotels all over the world to provide that different, happy, original, intelligent, and passionate way of cooking.

Exporters have contributed and will continue to contribute by offering markets the best raw materials that we have, the flavors and the authenticity that we get from our seas, our soil, and our sun and which are the authentic reserve of Europe. Our products are so varied and versatile that they are requested more and more, not only by our restaurants, but by chefs in all five continents who have found a real treasure in Spain.

And it is impossible to forget our producers, especially our artisans, who quietly and tenaciously maintain the same illusion of so many generations with the pride of continuing to improve their craft.

From Olmeda Orígenes we export to more than 45 markets and we work hard to take our ham, olive oil, olives, legumes, cheeses, preserves and up to more than 300 products throughout the world and offer them with the same humility that they’ve been produced with, with the same spirit of service of our cooks and the same enthusiasm from when I began in 1992, but now without complexes and with pride in knowing who we are!