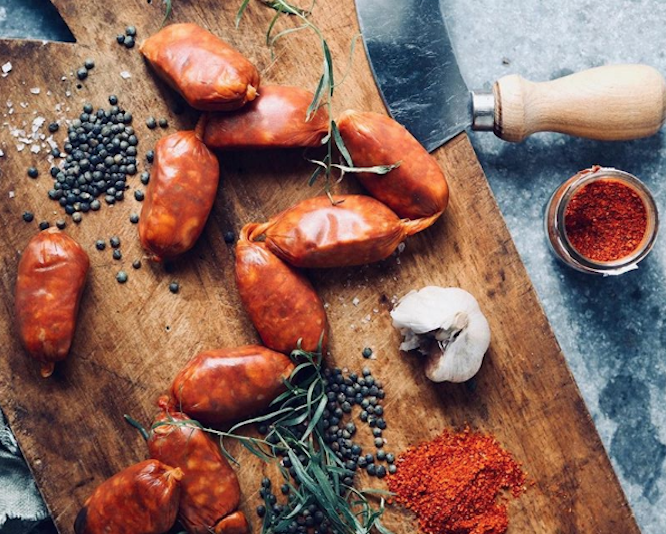 16 Apr Chistorra from Navarra: queen of tapas and bbq

Posted at 08:48h in Sin categoría by Olmeda Orígenes
Share

Chistorra from Navarra: queen of tapas and BBQ

Chistorra or txistorra is a kind of fresh sausage from Navarra, where it is elaborated with first quality raw materials: grounded pork meat, paprika, salt and natural spices and herbs. Chistorra Olmeda Orígenes has been made in Arbizu (Navarra) for more than 50 years and it is 100% natural, as in its elaboration process the only colorant used is paprika and the only preservative used is rosemary extract, avoiding any artificial components. The elaboration process starts with the selection of the best pork meat from white pigs to be minced. We add  a mix of spices following the family tradition and we pack it in natural lamb’s intestine which is 34/35 cm long. The sausages are put into natural drying facilities for three days. As it is a fresh sausage it has to be preserved cold between 0º and 5ºC and it has a shelf life of around 5 months since its packaging date as it has no artificial colorants nor preservatives added.

Chorizo criollo Olmeda Orígenes is made in Arbizu, Navarra with the best quality pork meat, which is minced and seasoned with black and white pepper, salt, garlic and spices. It is packed into pork’s natural intestines and bent into small portions around 10 cm. They are kept into natural drying facilities for four to five days. As the other varieties of chorizo Olmeda Origenes, this one needs to be kept refrigerated between 0º and 5ºC and it needs to be cooked. 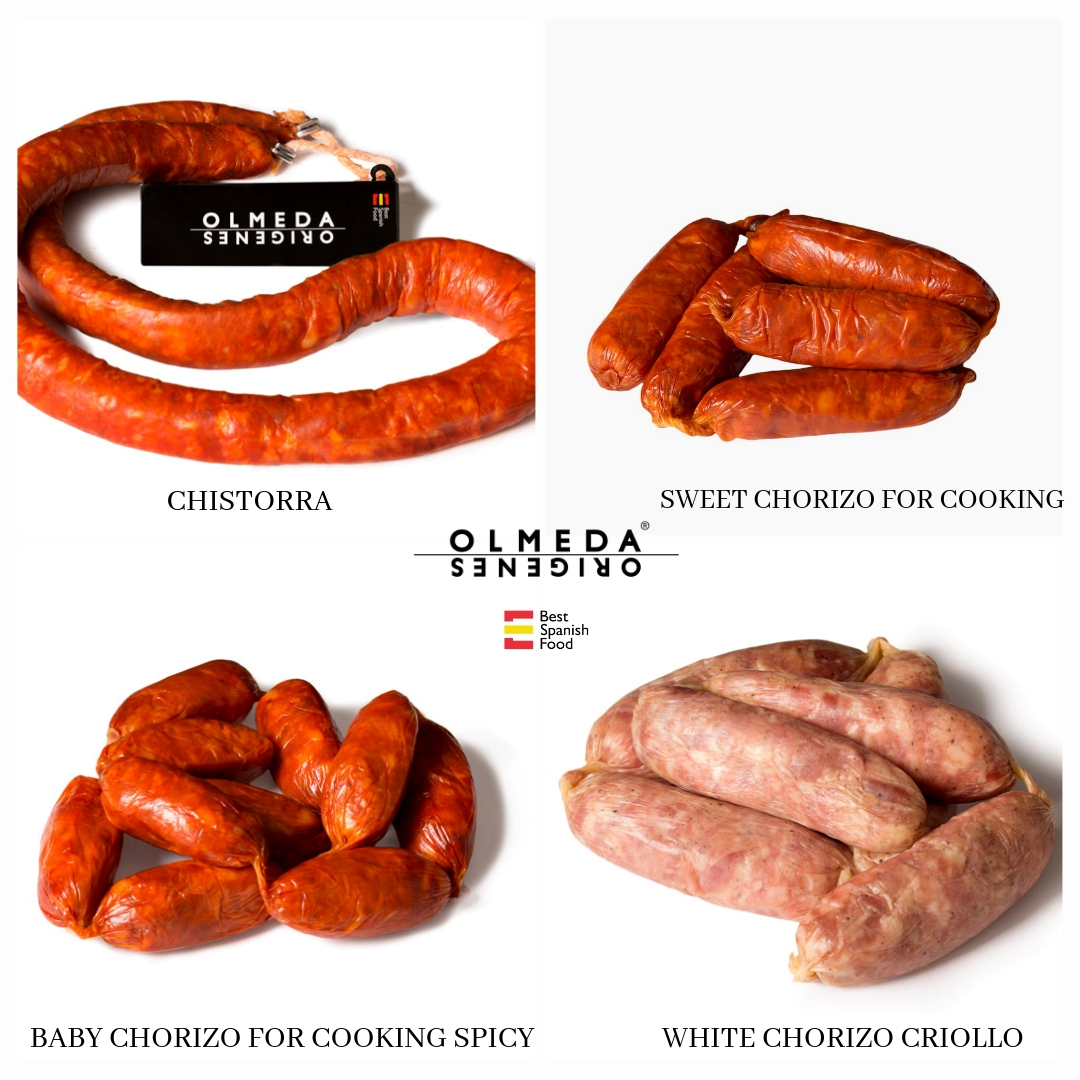 Difference between cured chorizo and chistorra from Navarra:

On its recipe chorizo has a higher percentage of lean than the chistorra has. Chorizo is packed into pork’s natural intestine, which is wider bigger, whereas chistorra is packed into a narrow lamb’s intestine. Chorizo takes an intense red colour and chistorra is a bit lighter. They are different too in its curation process: chistorra cures for three days, making it a fresh sausage that needs to be cooked, while chorizo is cured totally which makes it suitable for its direct consumption.

– One bottle of Cider (Spanish cider)

Firstly, boil the ‘chistorra a la sidra’ . To do so, cut the chistorra into 5/7 centimetres portions, we will put them into a pot or saucepan and fill it with cider until the chistorra is covered with cider. Cook for 15 minutes, pinching the chistorra with a toothpick so that it expels the excess of fat. Once the chistorra is cooked, put it on absorbent paper and set aside on a plate. Put some baking paper on an oven tray and extend the puff pastry dough on it. Cut some slices of Blanc de Sort Cheese Olmeda Origenes and put one of them on the doug, then spread a spoon of quince jelly Olmeda Origenes on it and place a portion of chistorra on top. Cut a rectangle in the dough leaving enough space to close up the pastry puff portion. Close it and paint with egg. Then repeat the same procedure until the dough is finished and preheat the oven to maximum temperature. Put the pintxos in the oven for 3 minutes, 200ºC temperature. Let set cold and put the pintxos on some plates, pouring some nuts on it. The pintxos are ready to enjoy. 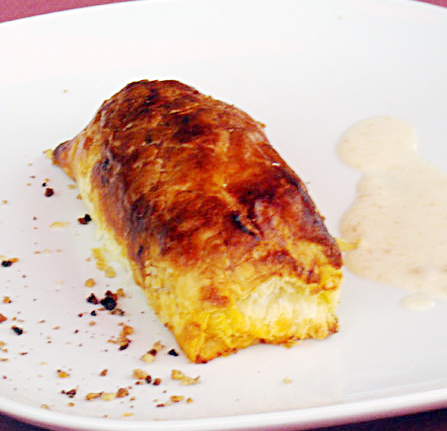