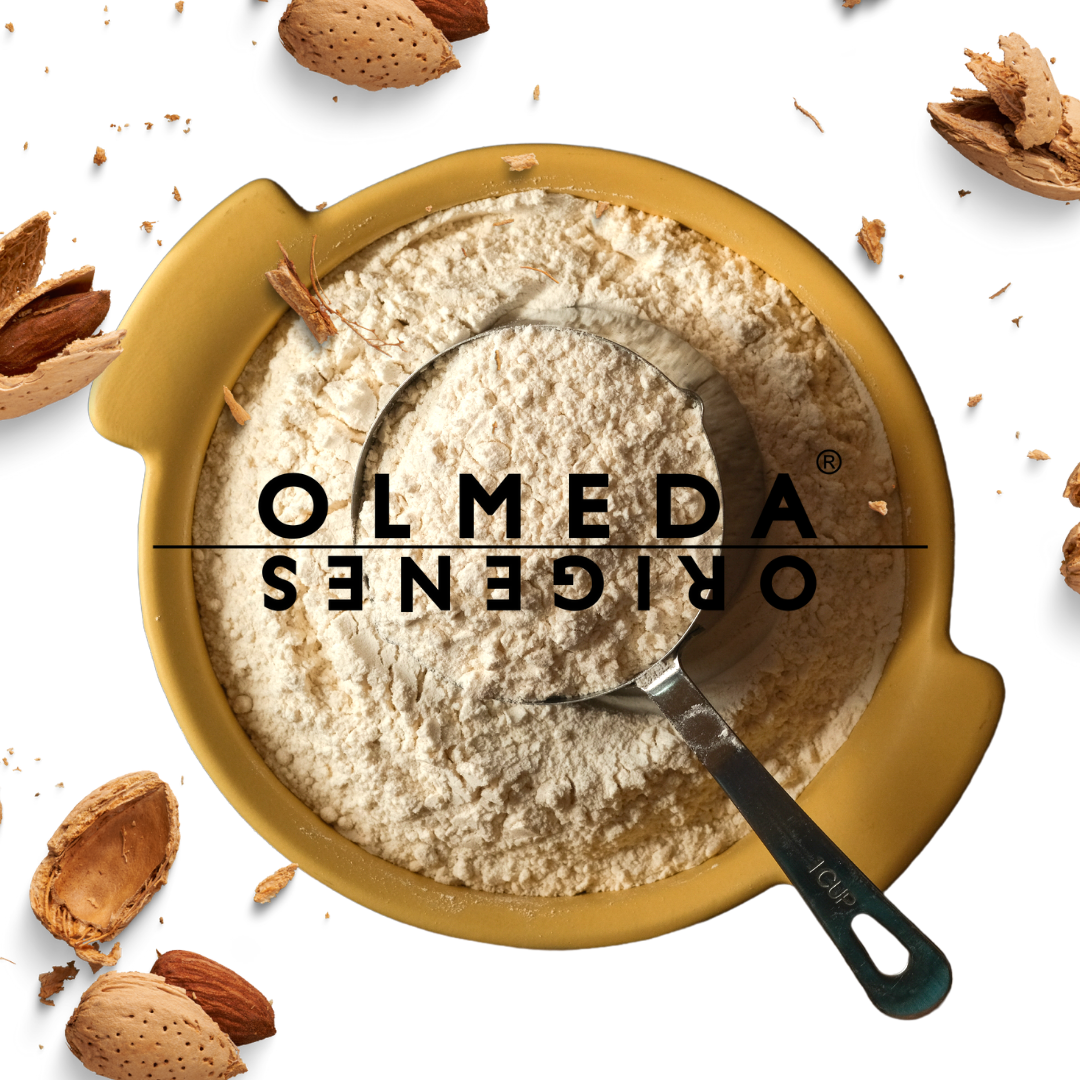 31 Mar Almond flour: discover its properties and its uses in baking

Is it gluten free? Is it keto? Is it a substitute to regular flour? These are some of the most frequent questions about almond flour and its properties. Keep reading to understand all the keys about this nutritious product.

Almond flour is increasingly gaining popularity for its multiple uses in baking, and as you can imagine due to its name, it is made from ground almonds. The almonds go through a process of blanching into boiling water, to later on have their skin removed, and to finally grind them. The almonds are then sifted into a fine flour, typically sweeter than wheat flour and with all the characteristic taste to nuts.

Yes, but it is important to note that when substituing wheat flour for almond flour, it should replaced at a 1:1 ratio. It is also worth-noting that almond flour-based baked products are generally flatter and denser due to the lack of gluten. When baking, keep in mind that you may require an extra egg to bind the flour.

Almond flour is a natural good option to substitute wheat flour, a versatile alternative for those suffering from celiac diseases or from a gluten intolerance. Moreover, almond flour is probably the most widely used keto flour substitute, as it is extremely low in carb.

These are two concepts that are often used interchangeably but they are different. Both are made from ground almonds, but they present subtle differences which set them apart. On one hand, and as we have said, almond flour is typically made from blanched almonds which had their skins removed. The result is a sifted fine flour; against almond meal, whose skin is not removed and therefore presents a more coarse texture. Almond flour, due to its finely ground almonds, is typically used in the elaboration of French macarons, airy cakes, cookies and pancakes. Almond meal, for its part, can be used in the baking of cookies and quick breads because of its coarse grind. In fact, it can be used as a substitution of breadcrumbs for your meat, vegetables & casseroles recipes.

What is the best almond flour?

We are glad to offer our high-quality almond flour to the rest of the world. We have flour from the exquisite Marcona almonds, and from raw comuna variety. We guarantee the best taste for your baked recipes, and with the ancient Leonese tradition in the elaboration of nutritious flours.

Check our website for more info about our almond flours and subscribe to our newsletter to stay tuned!